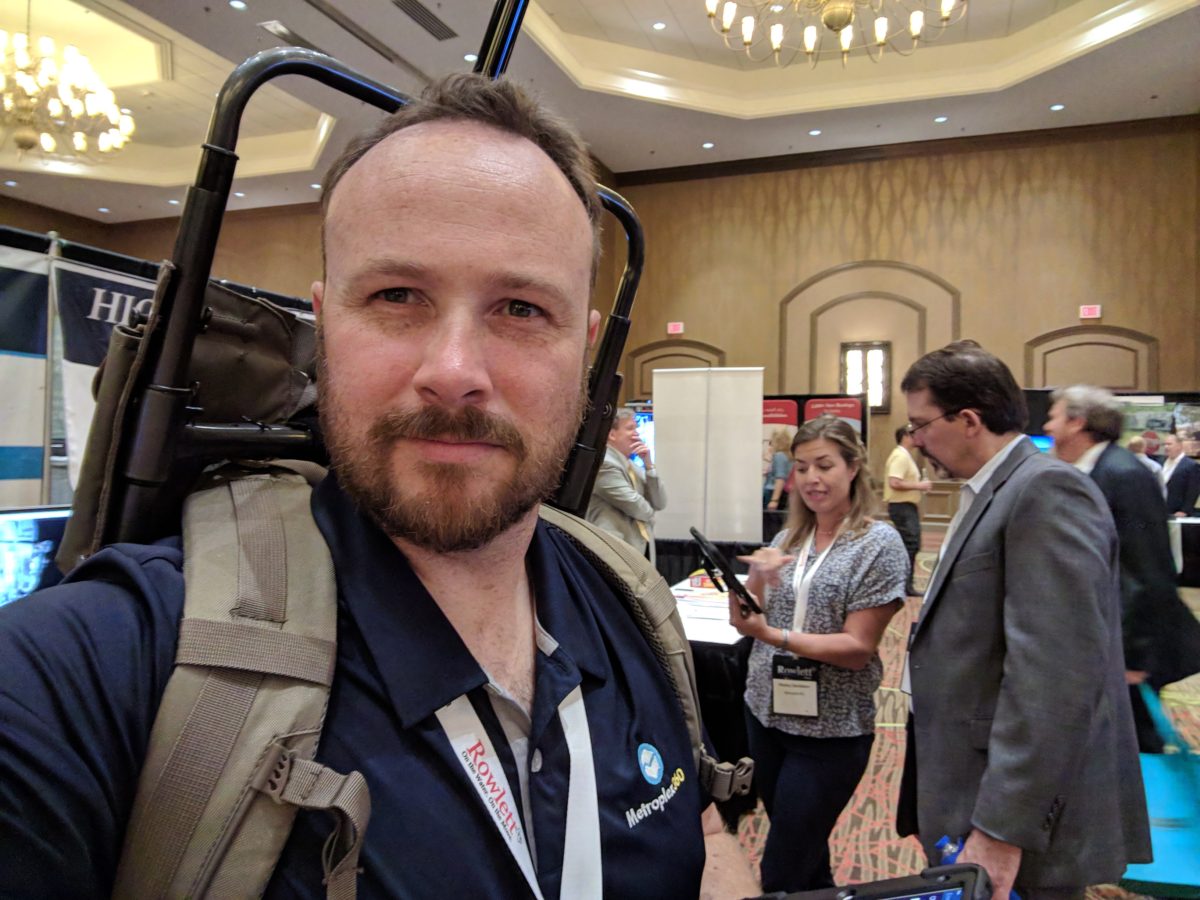 Google announced at GSV Summit 2018 that they are now opening their Google Street View platform to Trusted Google Photographers using one of three certified capture devices, the Ricoh Theta V, the insta360 Pro and the NCTech iStar Pulsar.

The NCTech iStar Pulsar is a device developed specifically for capturing 7 11k panorama images per second.  The device connects to the VR.World platform that automatically generates and delivers content directly to Google.

The Pulsar delivers exceptional imagery compared to the entry-level Theta V and the insta360 Pro, which is primarily a 360 Video capture device that has 8k @ 5fps panorama capture as a secondary feature. 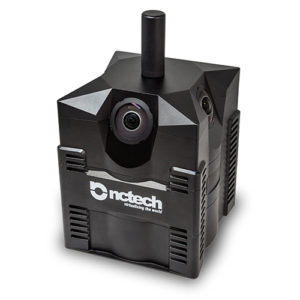 NCTech developed the Open Spherical Camera standard that Google uses for submission of content to Google Street View.  We were excited to pre-order the Pulsar based on NCTech’s experience in and relationship with Google.  There is no better capture solution as the technical specs and capture method exceeds that of the other devices — and you’d expect no less from the company that pretty much wrote the book on Street View Pro Grade capture!

Metroplex360 was one of the first US companies to receive an iStar Pulsar.   We began testing the device from a ‘Trekker’ configuration — and captured several miles of content within the Woodland Springs Home Owner’s Association in Fort Worth, TX.

The device had been tested in Scotland where it was developed, as well as in San Francisco during the winter months as a joint venture with NCTech and Google.  These environments provided the ideal circumstances for image capture at the shutter speeds that were available on launch — but subsequent user tests, like ours, proved that more work needed to be done!

We quickly discovered that in the blazing Texas summer sun, the Pulsar produced over exposed imagery!  We were itching to serve our clients, but we weren’t ready!

Using an A-frame mount, they captured 75 miles of car-mounted footage.  The Pulsar passed with flying colors in the middle of the day while the drivers alternated their driving speeds.  The resulting footage is stunning and eclipses footage from the same stretch that was captured by Google in 2015.

You can take a tour of this area as seen by the NCTech iStar Pulsar, here:  iStar Pulsar / VR.World capture of Apache Junction / Tortilla Flats

The firmware update is currently rolling out to NCTech Pulsar Google Pro-Grade providers.

Pro Grade content that is captured and submitted to Google is immediately integrated into Google Maps.

The content can be accessed by dropping the pegman on the area where a blue line appears along the streets that data was captured on.  It can also be accessed if it intersects with existing content in Google Street View.

Google stores multiple sets of captured data that can be accessed by the ‘Time Machine’ feature.  For instance, for VR World’s demo, the imagery captured by Google on July 2015 is accessible from the top left corner:

There is a bug where individual circles are appearing for the User Generated content alongside the blue line that has been created by Google.

At one point, this problem was resolved, however, this was also causing content of the inside of businesses from the Google Local Guides program to disappear.

They rolled back the fix, and we’re back to having parallel circles.

While most people will not see these circles – they are helpful to see that Google is considering their capture on ONE SIDE OF THE STREET as authoratative and that the data on the other side of the street has a GPS offset and is thus not forming a blue line.

The two should merge together, however, Google appears to have not figured out how to consistently solve the problem of capture from opposing sides of the street being considered the same thing..

Problem #2 – Updating the Infograph on Search

Each business that Google has indexed has an infograph that contains useful information, user reviews, imagery and a map powered by Google.

The ‘See Outside’ image is pulled from Google Maps from the Pro-Grade imagery captured by the Google Street View Cars.

Charles Armstrong, the product manager for Google Street View, indicated in the press release for the insta360 Pro that updating a store front on maps is one of the services that Street View Pro-Grade providers will be able to offer:

“The majority of 360 imagery on Google Maps was captured by Google’s fleet of camera-equipped vehicles, but the world changes quickly, so there’s always more to cover,” said Charles Armstrong, Street View product manager. “With the Insta360 Pro, [and any Pro-Grade device] it’s easy for anyone to extend Street View coverage on their own, whether it’s to document an updated storefront or share an immersive adventure across the globe.” – Charles Armstrong, February 14, 2018

As Google has multiple product teams, there are many different ways that we access its content.  Google Maps on Mobile works differently than it does on desktop.  Presently, Pro-Grade imagery is not accessible in the Google Maps App or on Google Maps Mobile (web based).

If a client receives a link to Pro-Grade content on a mobile device, they will be placed in content gathered by a Google Street View car that is nearest to the GPS coordinates in the link that was sent.

It is early days for Google Pro-Grade, but I am confident that the time to capture data and is today.

I am optimistic that data published to Google will soon inherit improvements to the Maps and Infograph products.  Google will solve today’s problems detailed above and when the product is stable, the mobile team and the infograph team will integrate the new content streams into their products.

Customers who have paid for captured data will enjoy their content being available immediately throughout Google’s platforms.

Fall is around the corner and it’s time to capture data before the leaves fall and winter approaches.

Call us today for service in North Texas — we’ll get you on Google Street View! 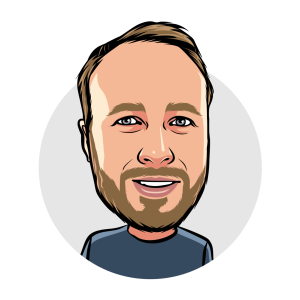 Chris Hickman is Metroplex360’s primary photographer and has been providing photography services throughout Texas since 2008. Chris purchased his first Matterport camera in September 2015 and has created over 4,000 Matterport Spaces. He founded Metroplex 360 in 2006 as a subsidiary of his web development company. In 2019, he partnered with Hayley Davidson and formed Metroplex 360 Reality Capture Services and the company quickly grew into the leading provider of Matterport 3D tours and one of the fastest growing photography agencies in North Texas. Chris was a nominee for ‘Matterport Service Partner of the Year’ (2018) and the winner of the 2018 Matterport Community Leader Award. He communicates frequently with the amazing staff at Matterport, participating in software testing, field testing and has made contributions to the Matterport Software Development Kit (SDK). He is the author of: MPEmbed – An Overlay for Matterport Showcase – https://mpembed.com Matterport SDK ‘Kitchen Sink’ Debugger – metroplex360.com/sdkdebug WP Matterport Shortcode – https://wordpress.org/plugins/shortcode-gallery-for-matterport-showcase/ WP Google Streetview Shortcode - https://wordpress.org/plugins/wp-google-street-view-shortcode/
PrevPreviousMarketing and Documentation for Home Builders in Frisco, TX
NextWhy Real Estate is Latching on to 3D TechnologyNext